No Connection to the Outside It was the third Tuesday of January 2030 which meant Meg Adams got to attend her “People for the Equality of Women” underground meeting in the basement of her friend Isabel’s house. The meetings needed to be held in secret because if the government found out they were meeting, they would all get arrested. New Miami was supposed to be a shiny city that had been rebuilt after the disaster of the 2020 election and with that elected President came the removal of many women’s rights causing the city to erupt into warring factions- those for women’s equality, and those who opposed it. Those who believed in the superiority of man over woman won. The result of this divide was the heavy regulation of women’s access to information online, the loss of women’s birth control measures and women being unable to work in any sector they wanted. Now, only men had access to the internet and women were forced to only communicate with their surrounding peers. There was no sense of connection to the outside- no online service for people from all over to come together and share their passions or ideas on taboo topics, like women’s reproductive rights or the way things used to be. The only time a woman could use the internet was if she was supervised by a male government official at city hall; even then, she would only be able to access two things: a revamped history of men’s power, and all the “good” they did in the city of New Miami; or a website on how to be a better homemaker, mother and wife. . 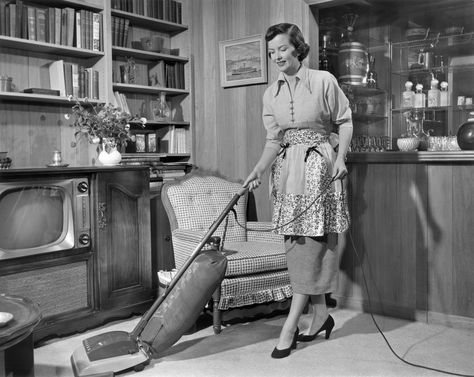 Life was theoretically amazing in New Miami. There was no pollution, no crime, people, men, made good money. The only thing that was wrong with New Miami, was that this type of life was good for only half the population. The other half, women, were forced into lives as homemakers, wives and mothers. Meg was old enough to remember how things used to be. She remembered going to the library to read, or hearing about her mother’s job as an attorney. But now all she had in life was the judgment she faced for not yet being married and her pie making job, which she hated. She wasn’t married yet but needed a way to make some money, so she took one of two jobs the city offered: working at a bakery or working as a secretary. While she hated the bakery job, the only upside was the company. It was through the pie shop that Meg was introduced to Isabel and the People for the Equality of Women. One day Meg without thinking about the consequences for speaking ill of the new society, Meg quietly complained about how she would much rather be in a library reading than rolling out pie dough. Out of fear of punishment, many women hushed Meg, but one shared in her misery, Isabel Martinez. Meg and Isabel got to sharing stories of how they remember their mothers leaving the house to work and support their family or how their mothers both instilled in them a sense of independence and the importance of education. That week Meg attended her first meeting in the basement of Isabel’s house.

What Meg and the People for the Equality of Women, or PEW, needed was a service that connected them to other organizations around the country where they could gather intel, spread awareness and unite; but that sort of service did not exist, nor could women create it themselves. They all wondered ‘was it this bad everywhere?’; ‘was there any hope in regaining control of their bodies and their minds?’ The only way to connect with other cities about the equal treatment of women would be to go there or to try and smuggle letters or pamphlets to them. It had been 2 years since Meg joined PEW and she grew frustrated with the lack of progress. She understood that major change took time, but how were they supposed to radically alter the world she lived in without a connection to other frustrated people. If only the members of PEW could create a network where other women’s activists could join and start affecting change; but creating something like that had never been done, let alone by people who had no social standing. Meg talked to Isabel about staging a trip to Fort Lauderdale with the cover of visiting her aunt, but in reality she would look for other supporters. In order to make this happen Meg would need to apply for a city approved trip and an official driver to take her an hour north. She applied for the “Familial Reason to Leave” status by saying she had a sick aunt who needed to be checked on every one and while. She knew this process could take about a month so while she waited, she planned. She knew she couldn’t just walk up to any woman in Fort Lauderdale and ask if there was a group of feminists. Meg decided she would have to do some reconnaissance; she would go to an establishment similar to her pie shop and ask for a couple day’s work while she was “caring for an elderly aunt” About a month later the plan was put into action. Meg said goodbye to Isabel and promised to come back with allies.

Meg was driven to her aunt’s house in a black town car by a city official who informed her that she would only be driven to and from her aunt’s house, no other stops would be made unless absolutely necessary. Meg’s aunt had been widowed but her own children no longer lived in Florida, so she felt that not only could she help her aunt but she could help women everywhere by taking this risk. After spending a few hours with her aunt, Meg asked to be driven to a bakery to get some work while on her visit, the driver begrudgingly accepted. Once in the bakery, Meg spoke to the manager, a middle aged man, who informed her she could be part time but only because one of the other workers had just delivered her fifth child. Meg put on the apron and decided to listen first to see if any of the women would open up about their misery. No exchanges occurred for the first few days. On her fifth day in Fort Lauderdale, Meg was working when she heard a loud sigh coming from a young girl in the back. Meg slowly walked over to talk to her but did not want to rush this key moment; Meg waited for the girl to introduce herself. The young girl said her name was Anna and she was new to this job. Meg explained that she too was new hoping to find common ground. After a few minutes of small talk, Anna whispered “I know about PEW. I want to help you.” Meg almost screamed out of excitement, but quieted herself to ask how she knew. Anna explained that her sister moved to Miami and had told her about a girl from Church who joined some “feminist hippy group”. Anna told Meg that there was a small group of girls who met after their shift to talk about how life used to be and how they wished to return to that status.

<a href="https://giphy.com/gifs/xT9DPwQNiEvctEunde/html5">EQUALITY!!</a> Visit other sites